Since I last posted on my blog I’ve had an exciting time tracking the ups and downs then the ups again of my ebook from Demain Publishing Night of the Rider (or as I think of it Knight Rider -remember the Hof and K.I.T. TV show?) in the amazon kindle horror shorts best seller charts.

It’s provided hours of happiness and much chat in the Chez Faye household – OK I may  have become a touch obsessive and boring but ….

Square Chapel in Halifax have been running a mini UP North film festival and related speakers – and on Monday I went to listen to Kay Mellor talk about her writing/acting career which launched with the hit TV series Band of Gold. 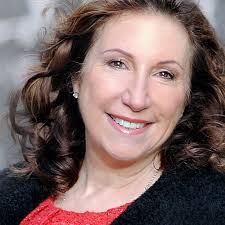 She was very honest, down to earth, interesting, funny and truthful about her struggle as a working class (from Leeds) northern female trying to break through the glass ceiling back in the 1980’s and 1990’s. She also discussed her friendship and mentoring of Bradford born writer the late Andrea Dunbar https://www.imdb.com/name/nm0241816/?ref_=fn_al_nm_1 who is well known for writing the film’s screenplay of Rita, Sue and Bob Too (1987).

In one of those odd real life coincidences Andrea Dunbar is the subject of an article in the current Big Issue.

We went to watch a preview of the Brit Indie film, Sometimes, Always, Never starring Bill Nighy at Square Chapel,and it was shot around York and Pocklington .

Scrabble played a large part in the narrative- go see it when it’s out in June, it’s touching, warm, funny, sad, has the fabulous Jenny Agutter in it looking like a million dollars and brilliant support from Alice Lowe and Sam Riley. It made me cry.

A huge thank you to presenter Tina Watkin for inviting me on her show again – Afternoon Stretch for the 3.30pm-4.00pm slot chatting with her and Alan, about my latest e book which is out tomorrow, Friday May 10th on kindle, Night of the Rider published by Demain.

Here is the link https://podcasts.canstream.co.uk/bcb/index.php?id=46091

I chat about the inspiration for my story, getting it published and how much writers earn and how much work it is to get our fiction out there. My son sat in on the interview with me and we toured the studio after.

Here is the latest collection of dark fiction from Horror Tree co editor Stephanie Ellis, whose amazon author’s page can be found here https://www.amazon.co.uk/l/B06XSNSGXS?_encoding=UTF8&qid=1557146821&redirectedFromKindleDbs=true&ref=sr_ntt_srch_lnk_2&rfkd=1&shoppingPortalEnabled=true&sr=1-2;
She has an impressive CV of publications and her fiction is always entertaining and delivers scares and thrills. The latest collection is only £1.99 so dip in and savour. You won’t regret it.

This project is something I’ve been working on, off and on, for a few months. I’ve taken part in many flash fiction competitions online over the years, particularly as part of the group known as the FlashDogs – you may see some of them still on twitter taking part in #vss365, the microfiction challenge – and I thought it was about time I compiled them in one place.

I think I started in the flash fiction community way back in 2014, discovering MicroBookends first and from there moved on to Flash Friday, The Angry Hourglass, Three Line Thursday, FlashMoBWrites and occasional dips into others that were around at the time. I found it a great way to hone and develop my writing skills as well as getting to know other writers online – some I have even met in real life. This book is dedicated to the FlashDogs (literally, some…

Book 18 in the Short Sharp Shocks! Series is Alyson Faye’s Night Of The Rider. Prior to the book being published, Dean and Alyson sat down and chatted.
DEMAIN PUBLISHING: Welcome Alyson to the Demain family. Night Of The Rider – what’s it all about?
ALYSON FAYE: Thank you. I began writing it on a residential in a Castle in Yorkshire in a huge Victorian library- so that helped my mood. I do enjoy writing Victorian Gothic stories, but this time I had the idea of combining it with a magical element, the cursed, once human Rider. I wanted to contrast the real world of Victorian London’s seedy underbelly, with life in the family’s country mansion where the myth of the Rider casts a long shadow.
https://demainpublishingblog.weebly.com/home/author-interview-alyson-faye-night-of-the-rider-book-18-in-the-short-sharp-shocks-series
May 1, 2019Leave a comment

Today I woke up to find Dean Drinkel the force behind Demain Publishing https://demainpublishingblog.weebly.com/

“Well we must be doing something right!

Over at the Amazon UK horror short stories charts…

Thanks to all our readers…”

I want to add my own thanks to all of you who have pre ordered a download, will do in the future or who simply have supported my writing by following this blog and reading my fiction over the last few years.

with one of the kindle charts , 24 hours later showing Night of the Rider

at number 21, now and ahead of Ramsey Campbell‘s latest.

I am so overwhelmed with giddiness today I don’t know how to sit quietly. This is a massive first for me. Dean’s promotion of the Short Sharp Shocks series and all my networks must be kicking in.