Spent the weekend in Derby with horror writer/editor/mentor from the Horror Tree, Stephanie Ellis and Otley writing mate, Martin Fuller (and partners) and Cleckheaton writing mate Neil Walker whose blog I have pinched some pics from as I don’t have a smartphone!!!

and I finished up listening to best selling authors Sarah Pinborough, debut novelist Stuart Turton and M R Carey talk about how they plan and plot their way through the twists and turns of their novels. This was a fizzling bubbling event led by the effervescent Sarah Pinborough and Stuart Turton’s description of his time line where he planned his characters’ actions every 2 minutes was awe inspiring- such a level of detail.

I previewed it a few days ago but noticed a few layout issues on the Kindle previewer aid so I have reformatted and hopefully ironed out the kinks. This e book contains 3 of my ghost stories (all 3 exclusively available here for the first time, and not available anywhere else on line):-

1) The Resurrection of the Reverend Greswold

Set in a small village church, where the current day vicar has a face off with the ghost of a C17th witch hunter.

Set in Filey- in an alternate world- which most tourists never see, where secrets fly to the surface for a young photographer who takes pictures of a most unusual funeral cortege.

Set in Bingley (renamed as Bradfield) this is a time slip ghost story, which moves between the present day where a school girl who is bullied at home and at school, camps over night in the derelict former hospital and travels back to 1918. The hospital is filled with soldiers being rehabilitated, after incurring terrible injuries on the Front.

The e book should be available tomorrow and is priced at 99p, and sometimes I will run free offers on it too as I did on ‘The Runaway Umbrella‘ recently.

In Search of Frankenstein

Below is the favourite of the photographs on display- taken by Gillian on her iphone- this snow scene of statues and meditation in shades of white was striking and peaceful but also sinister and thought provoking.

Oh how I loved these comics and annuals as a 1970’s girl- cutting the pics out, folding the tabs, oh- it was fab and so low tech and satisfying.
Tweet from Helen Day http://ladybirdflyawayhome.com/

brought it all back to me in a flood of happy memories.

and this weekend seeing as how we were accidentally cut off from the internet- I have done some reading, also done more housework, baking and dog walking than ever- cos having no working internet I had time to fill- or kill. It was like the 1970’s or 1980’s all over again in a 48 hour time capsule – spooky.

Anyway back to John Blackburn-

“John Blackburn (1923-1993) was the author of more than thirty popular thrillers in which he blended the genres of mystery, horror, and science fiction in unique and often brilliant ways. Although recognized as the best British horror writer of his time, he has been sadly neglected since his death. This new edition of Bury Him Darkly (1969), one of Blackburn’s best, includes a new introduction by Greg Gbur.”

This book started off as a murder investigation segued into a historical mystery and lost treasure then became a supernatural possession and finally an alien invasion all in less than 160 pages and though that might sound confusing – it wasn’t- but it was exciting and entertaining.

I notice that a few of his novels are available now on kindle for download -so I’d recommend you start there with the cheaper ones- but Blackburn is due for a rediscovery and maybe I’ve spearheaded the movement!

What a fantastic opportunity and how much I enjoyed it- invited by Tina Watkin who runs (amongst her many varied activities) Bradford Writers’ Circle onto her Thursday afternoon radio show.

It’s not not an interview as an opportunity for a relaxed chat in front of a mic (but with a cuppa) about – in my case the creative writing comp I’m running with the Craft House, my books including Badlands and Deadcades (with an unexpected opportunity to read from Badlands) and the courses I teach.

I was asked to talk from 2pm-2.30pm but then was told I could carry on till 3pm-which was lovely.

The session is available to listen to on catch up at https://podcasts.canstream.co.uk/bcb/index.php?id=43208

Gill James of Bridge House Publishing has released a book trailer on youtube to promote their latest anthology ‘Crackers’– which I have a story in – in fact it’s the first one in the anthology – Angel’s Wing. 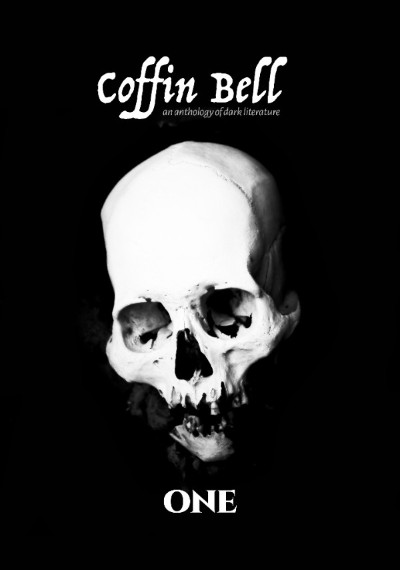 Bristling with tension, bitter rivalries, and toxic friendships, get ready for the most hotly-anticipated thriller of 2019.

In a remote hunting lodge, deep in the Scottish wilderness, old friends gather for New Year.

Not an accident – a murder among friends.

Set in the remotest part of Scotland you could ever want to visit- where only two staff run an exclusive lodge for parties of guests- you have the claustrophobic setting similar to Christie’s ‘And Then There Were None’ for when the snow comes in deep and crisp and even in The Hunting Party no one is going anywhere. All guests at Miranda’s New Year’s party know each other, from uni days, or they think they do. They are a tight knit group who have drifted somewhat over the years, but New Year always brings them back together. However this year it won’t.

The narrative is told from several characters’ viewpoints (including the two lodge employees who both have troubled back stories which are gradually revealed) and this is n o mean feat for Lucy Foley to pull off. There is a lot of subtlety and shading in what we the reader are told, what the characters know and what they should know but deny and what they can work out.

The identity of the victim is not revealed until close to the end, which is a conjuring trick of slippery writing in itself. The story also flashes back to uni days and as well as short term backwards and forwards over the events of the New Year’s Eve and the party which fuelled by booze and drugs, goes haywire. Everyone’s a suspect except for the new born baby, and they all have something to hide. Did I mention the isolation, the snow, the cold and how Foley makes the landscape into a menacing threat,

This is an addictive entertaining read which you don’t want to put down, I read late into the night wanting to uncover the hidden layers of this group’s relationships and the motives for murder.

The people you think you know best can surprise you- beware, keep a close eye on your family and friends. Trust no one.

Out from Bridge House Publishers this anthology has the theme and title of ‘Crackers‘; and my story opens the book – Angel’s Wing which is a feel good/magical tale.

Every year we pick a very vaguely Christmas-related theme for our annual anthology. Then we invite our writers to subvert it. In this collection, they’ve certainly done that to the extent that we almost had a picture of cream crackers for the cover. Our theme this year is “crackers”. So, we have Christmas crackers, cream crackers, cracking dresses, a cracked antique and many, many other interpretations. We hope you will find this a cracking good read.

and also on amazon, my children’s e book The Runaway Umbrella, for 7-11 year olds, is available as of tomorrow Tuesday 13 November to download for FREE for 5 days.

If you do read it please leave a review, on amazon, on goodreads, on twitter, on facebook, on the side of the bus you catch, anywhere really. Reviews matter to writers.

Writers are tough people, we are used to rejection and stonewalling from editors, agents and the like. We do not take criticism personally because we know it is only a particular submission that is not up to scratch or does not fit the publication, not the writer herself.

But when it comes to conversing one-to-one with strangers outside of the writing industry we become defensive and touchy about our work. This is especially true of the many thousands of us yet to hit the big time. So, non-writers, when you are introduced to Fred, a writer, at a party, please observe the following rules otherwise he may run away screaming: