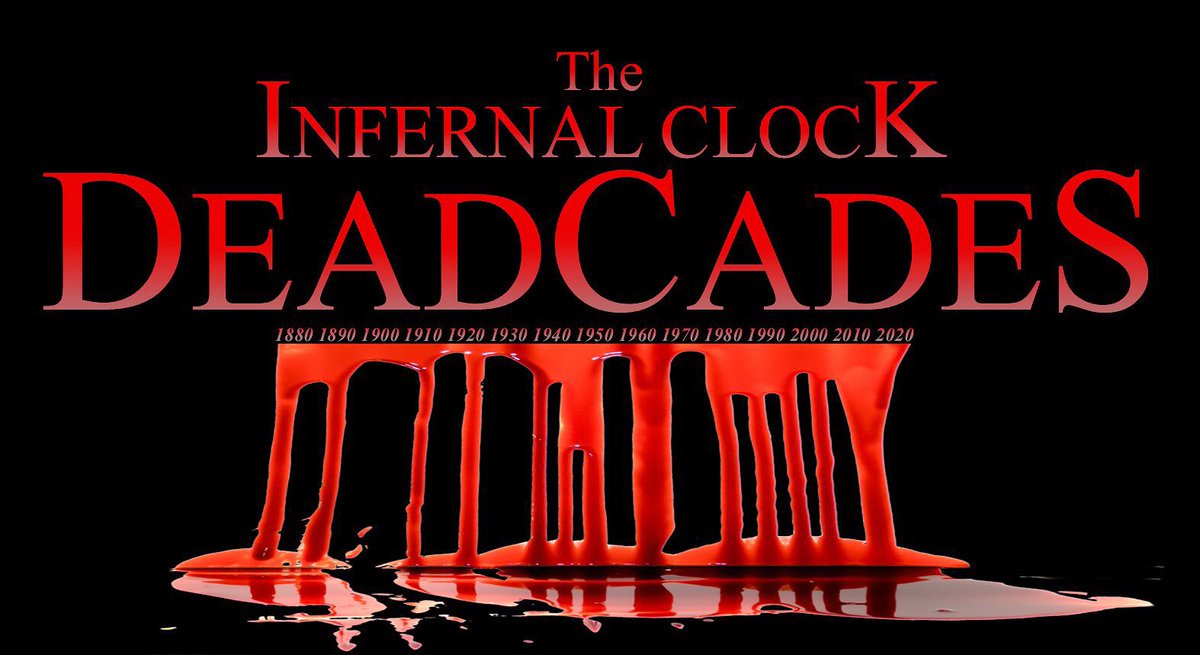 Send your entries to competitions@retreatwest.co.uk by midnight on Sunday, 13th May.  Include your story entry, any social media details you wish to share and a brief author bio in the body of the email.  One entry will be accepted per person.

With prizes, 50 words yes that’s a dribble on TRAVELLING.

Solution Loans – Short Story Writing Competition: Call for entries
Enter our FREE short story competition for a chance to win a cash prize and see your winning entry published online! The winner will receive £200 and publication on the Solution Loans website, with £50 and publication for three runners-up.
April 29, 2018Leave a comment

So when we talk to our characters and argue with them, we can say we’re writers not weirdos. Great! This will help hugely with my muttering and singing in supermarkets.

April 29, 2018Leave a comment
This is a tweet from writer/editor/performer/actress and course leader Irene Lofthouse:-
Editing #StoriesfromStone anthology. ‘ . . . but the head on which it perched was severed; its neck jagged flesh; mouth in rictus, fat maggots munching.’ The Hat Box, an excerpt, one of mine. Coming soon.
Here’s a taster of one of mine…a bit of Victorian gothic-

Lived in your house of wax./Lulled to sleep /by the slow drip drip of 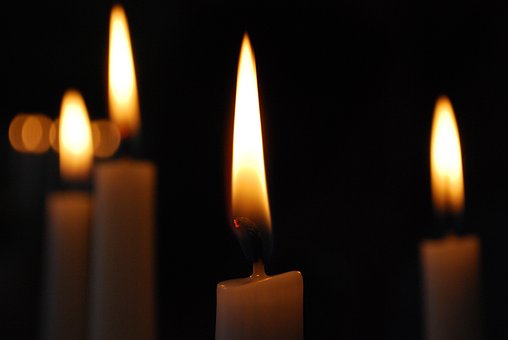 have accepted a poem of mine for publication in June- nature themed, Rooks Flight and they are currently looking for new pieces.

I’ve submitted Badlands and it’s creepy doll cover to compete with other covers on this website- when it goes up for competition I will be asking you all to vote for Badlands- one click is all it takes and it’s great promotion for my collection. (Mandy Huggins a fellow Chapeltown author won her week with her collection Brightly Coloured Horses which was taken from a painting she did herself). How talented is she! 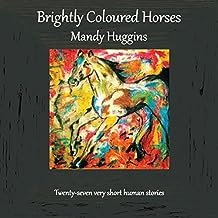 To wrap up this blog post is a pic of our rescue dog, Roxy, chilling out on the patio in last week’s sunshine. Couldn’t get them rotated but promise that’s not a cat’s tail sticking out her mouth in the left one. Good looking aint she?

two great horror writers- one reviewing the other; Aycliffe never disappoints- either

The Matrix by Jonathan Aycliffe

THE MATRIX is my personal favorite of Aycliffe’s supernatural works. There’s a couple of reasons for this; the main one is the setting.

Edinburgh is in my heart. I spent a while working there, and over my lifetime I’ve spent many happy hours wandering the streets of the Old and New Towns, and sampling beers in the many great bars to be found.

The same streets, and bars, populate this book. But there’s something else here too, ghosts from the great city’s past, always just at the corner of your eye, always reminding you that there are some dark passageways that are best left alone.

Aycliffe takes his hero, a man from the Western Islands, and sends him down one such Edinburgh passageway, one that proves to be a warren full of pale things, ancient sorceries, and some of…

I’m really pleased with the reviews on amazon and elsewhere that ‘Badlands’ has received- but I’d like to keep promoting the book- I’m popping to Salts Mill in Saltaire tomorrow to talk to the manager of the Book shop about stocking some copies. Bradford Libraries bought 5 copies to disperse across the libraries- which I was thrilled about.

or I can email you a pdf of the text.

Reviews really matter when you’re an indie author- they make a huge difference. Thank you. 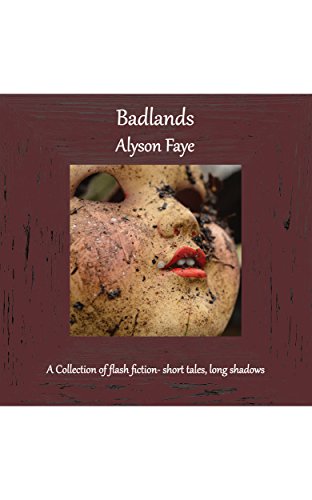 Went to see Yorkshire/Bradford filmed portmanteau horror film starring Martin Freeman- Ghost Stories – written by Jeremy Dyson- which had great atmosphere and creepy as heck effects but was let down by the ending I thought. However so wonderful to see a Brit ghost/horror film get such a wide release.

Decided to take the plunge and send in ‘Badlands‘ for consideration for the Read Regional 2019 submissions run by New Writing North – they don’t have a category for flash fiction collections but the form is taking off and is everywhere so I figure it’s only a matter of time before flash breaks the barriers.

Also been reading the blogs on this website:-http://wyrdbritain.blogspot.co.uk/

which I strongly recommend if you have any interest in  vintage TV shows of sci/fi and horror genres and books and ghost stories- it’s like an online bazaar of goodies which you can dip into- covering music/films/art/books all linked by ghosty/horror themes.

Why not have a go? Dip your writing hand into those slimy fictional entrails, and dig deep.

“Infernal Clock Watchers- we need your help. Critical acclaim is ace, talk of Bram Stoker nominations is heady – but we really need Goodreads and Amazon reviews to persuade the discerning horror audience to Clock On with the rest of us…”

so go to amazon, download and read, please- the first 2 books in the Infernal clock trilogy- you won’t be disappointed. They are scary, entertaining, original and creepy. 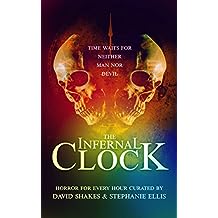 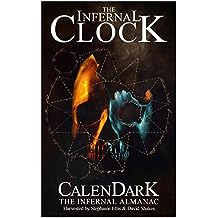 Meanwhile…. I have a first draft of my contribution to DeadCades, my story set in the 1920’s is based on a drabble published by the Horror Tree called Puppet Master and I’m very excited about it. It’s set in Birmingham, is 5000 words approx, and is I think one of the best of my recent stories. Haven’t finalised the title yet.
I’ve also got 2 other stories on the bubble too- one is a rewrite and another is ‘All the lost Children.’
All of this helps make up for a long pointless and stressful phone call today to PetPlan about Roxy’s insurance- nightmare – hoops, loops and barriers- I made the mistake of saying my rescue dog, from Ireland, probably neglected and locked in a cage at one time was ‘timid’- well who wouldn’t be after that sort of start in life? Timid is clearly a major red flashing buzzword to Pet Plan- they clearly only want to insure a perfect animal which like a perfect human does not exist. Mini rant over.
We love Roxy more with each passing week and she has changed our family life.
April 20, 20181 Comment

The website advert for the next 5 week course and the drop-in sessions up to July is live:-

You can book through the website, phone or pop in to the Craft House- there are a max of 6 places.

I am also running a stand alone writing workshop on Friday 4 May 10-1pm at the Craft House- on writing/editing and submitting short stories.